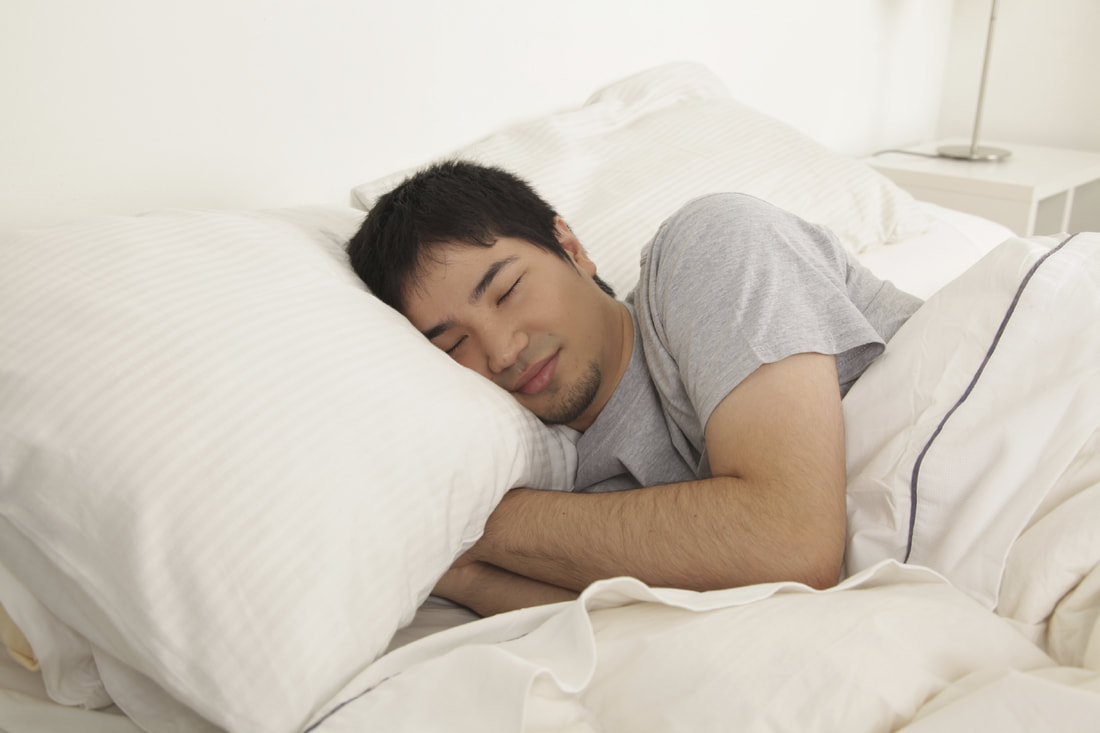 You may already know that not getting enough good sleep can cause daytime sleepiness, an inability to make good decisions, car and other accidents, unhealthy food choices, weight gain, depression, high blood pressure, diabetes and a host of other health problems. But could poor sleep increase your risk of Alzheimer’s, too? Three recent studies are pointing us in that direction.

In this issue of The ElderCounselor, we will look at the finding of these studies and the latest advancements in the treatment and prevention of Alzheimer’s.

This study, conducted by a team from Boston University School of Medicine, was published in the journal Neurology. They determined that even a small loss of the dreaming phase of sleep, called REM or rapid eye movement sleep, can increase the risk of Alzheimer’s.

The Boston team studied 321 people over age 60 who volunteered for a sleep study in the 1990s. Over the next 12 years, 32 developed dementia and of those, 24 were diagnosed with Alzheimer’s. Those who had just a little less REM sleep during the sleep test were more likely to be in the dementia group later. The difference in REM sleep was indeed slight—those who later developed dementia had only 3% less REM sleep than those who did not develop dementia. Most did not even notice the difference in their sleep.

It is not clear if the disordered sleep is a cause or an early effect of the dementia process. One of the leaders of the study, Matthew Pace, commented that, “Sleep disturbances are common in dementia but little is known about the various stages of sleep and whether they play a role in dementia risk. Our findings point to REM sleep as a predictor of dementia. The next step will be to determine why lower REM sleep predicts a greater risk of dementia.”

In the second study, published in the journal Brain, a team from Washington University in St. Louis reported that sleep disruption raised levels of amyloid, the protein that clogs the brains of Alzheimer’s patients. They believe that interrupted sleep may allow too much of the compounds, amyloid and tau, to build up and that sleep might help the body clear them away.

In this study, the team allowed their group of 17 healthy adults to sleep a normal amount of time but half were prevented from getting deep sleep, called slow-wave sleep. In the mornings, their spinal fluid was analyzed. Those who had their slow-wave sleep disrupted had an increase in their amyloid levels by about 10%. The volunteers also wore sleep monitors to measure their sleep at home. Those who slept poorly for a week at home had measurably higher levels of a second Alzheimer’s associated protein called tau.

Amyloid is naturally produced in the brain and researchers know it can cause clogs called plaques. People with more plaques often have memory and thinking problems and dementia but not always, so the amyloid link is not yet entirely clear.

Dr. Yo-El S. Ju, who led this study, thinks that interrupted sleep leads to increased brain activity and increased amyloid production. Amyloid is released by brain cells all the time when they fire their synapses, but they don’t release the amyloid when they rest. Dr. Ju thinks the brain may clear out excess levels of amyloid during deep sleep.

“When people are in a nice, deep sleep, they get a period of time when, with the normal clearance mechanisms working, the levels of amyloid decrease. If levels are increased over years, they are more likely to cause the clumps, called plaques, which don’t dissolve.”

Studies in mice show it takes only an excess of about 10 percent of amyloid to cause amyloid plaques to form. This study showed that just one night of interrupted sleep can increase amyloid levels by 10 percent.

Dr. Ju’s team will next study whether treating obstructive sleep apnea, a common cause of sleep disruption, will improve people’s slow-wave sleep and affect amyloid levels.

In this study, published in the journal Neurology, researchers at New York University School of Medicine and Rutgers School of Public Health found that sleep apnea can lead to mild cognitive impairment (MCI) nearly 10 years earlier than in those who don’t suffer from breathing problems during sleep. And those with sleep apnea were diagnosed with Alzheimer’s an average of five years earlier than those without sleep issues.

Sleep apnea is common in older adults, affecting more than half of all men and a quarter of all women. But many go undiagnosed until they are in a car accident because they are sleepy, they develop high blood pressure or they have a stroke.

People with sleep apnea have periods during the night when their throats close up and they briefly stop breathing. Itis caused by a blockage of the airway, usually when the soft tissue in the back of the throat collapses during sleep and briefly closes the throat until the person partially awakens, gasping for air. Other symptoms are loud snoring, choking and snorting while sleeping. Breathing pauses can last from a few seconds to minutes and can happen as many as 300 to 400 times a night, but the person often doesn’t wake up enough to even be aware it is happening. Instead, they wake up in the morning feeling tired.

The team reviewed the medical histories of 2,470 people aged 55 to 90 who had participated in an earlier study designed to look for markers of Alzheimer’s disease. They found that sleep apnea was associated with a much quicker decline in cognitive function. But they also found that people who got treatment declined at the same speed as people who didn’t have apnea at all. Treatments can include machines that help people breathe better as they sleep (called CPAP devices), dental appliances (for mild cases) and weight loss.

Sleep apnea leads to drops in oxygen levels, which can affect various organs in the body differently and can damage parts of the brain. Dr. Andrew Varga, an Adjunct Instructor in Medicine at New York University and co-author of the study, noted that certain neurons in the hippocampus, where much of Alzheimer’s is thought to start, are very sensitive to drops in oxygen, and sleep apnea may stress out those neurons. Also, as mentioned earlier, the disrupted sleep may prevent the brain from cleaning out the amyloids that can turn into plaques.

Currently, more than 5 million Americans have Alzheimer’s. That number is expected to grow to 28 million by 2050 as our population ages. There is no cure. There are a handful of drugs on the market—Aricept, Namenda and Exelon— that were approved more than a decade ago. They can treat symptoms for a while, but they do not affect the disease itself.

There are, however, some new drugs in the works that aim to clear amyloid proteins out of the brains of Alzheimer’s patients in hopes of slowing the disease. But they are not even close to being a cure or even being on the market. The three drugs highlighted at the Alzheimer’s Association International Conference are solanezumab, aducanumab and gantenerumab.

Solanezumab, made by Eli Lilly, was first released in 2012 and didn’t seem to help patients. But developers continued to follow those in the trials and discovered that those who got the drug early seemed to be doing better, while those who got the drug later could not seem to catch up. Test scores showed very modest changes but could add to more days living at home for those treated very early. Lilly has started a phase III clinical trial, the last stage before seeking FDA approval. Results are more than a year away.

Aducanumab, made by Biogen, appears to be clearing the amyloid from the brains of patients and there is some evidence of improving test scores in patients who got the highest doses. Biogen has also started a phase III clinical trial and will test it in people who have very early Alzheimer’s disease or have mild cognitive impairment.

Gantenerumab also failed in tests, but it may be that people were not given enough of it. An analysis did show it was affecting tau protein, but higher doses have caused brain inflammation (which could indicate the drugs are working), headaches, dizziness and, in other drug trials, death.

Researchers want to offer hope, both for patients and for investors so they will continue to support the development of new drugs. But they caution that real noticeable progress in patients is still years and many dollars away. The Alzheimer’s Association is also asking Congress to fund more government research.

Can We Prevent Alzheimer’s?

There is no evidence that anything can prevent Alzheimer’s. But there are some things we can do to help slow memory loss and cognitive impairment. These include improving sleep quality, getting regular exercise, controlling blood pressure, engaging in cognitive training and changing eating habits.

Improve Sleep Quality:If you, your sleeping partner or a roommate suspect you have sleep apnea, get tested and follow through with any recommended treatment. Other sleep disrupters include restless leg syndrome, insomnia, jet lag, sleepwalking, night terrors, and stress. If your sleep suffers from any of these, talk to your doctor or a sleep specialist about steps you can take to start getting restful sleep.

Get regular exercise:Moderate aerobic exercise, like brisk walking, can have an effect on reducing cognitive impairment later in life. Experts say to aim for 150 minutes a week (30 minutes five times a week). Exercise increases the blood flow to all parts of the body, including the brain, improves physical conditioning and lifts your spirits.

Lower your blood pressure:Controlling blood pressure helps prevent heart disease. There is also evidence it can reduce the risk of memory loss and dementia because high blood pressure damages delicate blood vessels in the brain.

Engage in cognitive training:According to Dr. Ronald Peterson, an Alzheimer’s expert at the Mayo Clinic, this doesn’t mean crossword puzzles or Sudoku, although those won’t hurt. Instead, he suggests working on memory improvement techniques, called mnemonic techniques. These can include finding a new way to remember a list of grocery items; figuring a tip in your head instead of using a calculator; using new strategies that will help you process and locate information more quickly and efficiently; and working on techniques that will help you remember names and other vital information.

Dr. Peterson cautions that most “brain games” have done little more than show they make people better at playing them. He also encourages people to get out and do things, instead of sitting and watching television for hours.

Clean up eating habits:You probably know that sugary foods are not good for you. But did you also know that carbs turn into sugar in your body? And did you know that both can have devastating effects on your brain? Dr. David Permutter is a renowned neurologist. His book, Grain Brain, may provide some insights that just might change your life for the better.

Alzheimer’s is a devastating disease. There is no cure. Current medicines, when started early, only help with symptoms for a while and have no real effect on the disease itself. Therefore, we owe it to ourselves, our families, and those we serve to do everything we can to protect our brains from Alzheimer’s for as long as possible and to educate others about how to do so.

If we can be of assistance to you or the seniors you work with, please don’t hesitate to reach out.