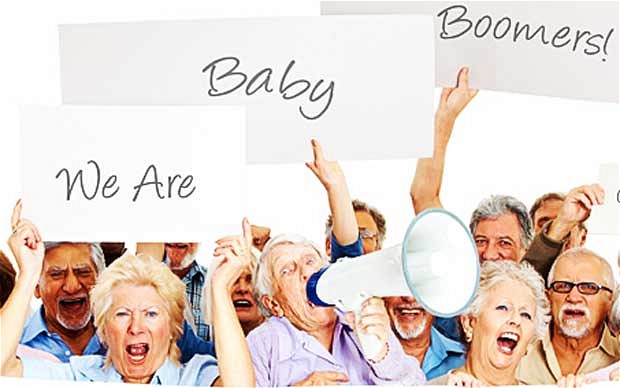 On the final day of the 2012 NAELA Annual Conference in Seattle in April, Attorney David A. Cechanowicz, JD, MSFS from Albuquerque, New Mexico, delivered an eye-opening presentation entitled “Maximizing Social Security Income for Dual Income Boomers.” His message was so novel and surprising to many of the boomers and other members of the National Academy of Elder Law Attorneys in the audience that this issue of the ElderCounselornewsletter addresses the topic, with permission of Attorney Cechanowicz.

As we all know and statistics confirm, the American population is aging, people in general are living longer than past generations did, and in many cases women outlive men. For these reasons, it is important for people in their sixties to make the best choices in how they elect to claim their Social Security retirement benefits. For some people – particularly for those with diseases that make a relatively early death likely – election to start receiving their Social Security retirement benefits as early as possible may be the best choice. However, for many, starting to receive their Social Security retirements later can result in a large increase in the total amount of benefits received over the rest of their lives. What most of us are unaware of is that married people have the option to receive Social Security benefits under their own work record, their spouse’s work record, or in some circumstances, both their own and their spouse’s work record. If the choices made are not optimal, the result can be less than maximum monthly benefits for two, three or even four decades – a very long time.

​Planning Note: Married people have the option to receive Social Security benefits under their own work record, their spouse’s work record, or both, in some circumstances.

The members of the baby boom population (defined as those born between 1946-1964) born in 1946 are now 65 years old or have recently turned 66 years old. For the next 17 years, an average of more than 10,000 boomers per month will turn 65. This huge population of people needs to make decisions about when to start receiving their Social Security retirement benefits. Some have already elected to start receiving benefits as early as age 62.

The annual statement entitled “Your Social Security Statement” was mailed to taxpayers automatically for the past several years. The Social Security Administration stopped sending this statement automatically in 2011 due to budget constraints, but announced in February 2012 that it would begin sending the statements again to workers age 60 or older who are not yet receiving benefits.

The 2011 annual statement listed data for the worker’s benefits upon retirement or disability, and projected benefit data for the worker’s survivors. The 2011 statement also contained the following one-line comment in a list of potential benefits: “*Family – If you get retirement or disability benefits, your spouse or children may also qualify for benefits.” This line did not provide any data. The last page of the 2011 statement amplified this point as follows: “Family – If you’re eligible for disability or retirement benefits, your current or divorced spouse, minor children or adult children disabled before age 22 also may receive benefits. Each may qualify for up to about 50 percent of your benefit amount.” Despite this information, most people are completely unaware that this benefit exists, that they need to elect it in order to get it, and that it can make a huge difference in their benefits received over the rest of their lives.

Attorney Cechanowicz compares the choices people in their 60s face to a three-legged stool. The legs are mortality, election, and taxation, and ignoring any leg will make the stool fall over. Each “leg” is discussed below.

Mortality
As mentioned above, the population as a whole is aging and individuals are living longer than ever before. Many factors affect how long individuals will live, but key factors are lifestyle, including diet, exercise, stress, sleep, exposure to dangerous conditions at work and at home, exposure to environmental health risks and unpredictable risks such as a car accident caused by someone else, and genetics. Some people now facing decisions about Social Security are already in terminal conditions or have substantial likelihood of not living many years. For these people, getting benefits earlier may be a better decision than waiting to receive more benefits later. But individuals whose health is good and exposure to predictable risks is low, and whose parents and ancestors have tended to live long lives, may choose to plan on a long lifetime.

Despite the fact that people are living longer, according to the SSA’s Annual Statistical Supplement for 2011, 74% of Social Security recipients have elected to start receiving benefits early. This can be a huge mistake for a very long time.

Planning Tip: Electing to receive benefits early can be a huge mistake.

Election
Social Security election is often viewed as having to make one of three choices: to take early at a decreased benefit rate, take at the “full retirement age,” or take late at a larger benefit level – sort of each man or woman for himself or herself. Although that is true on one level, it ignores the fact that more often than not, women live longer than men, and with a married couple, the surviving spouse is most likely going to be the wife who may live for many years after the husband dies. Dual income and formerly dual income families have more election choices than each spouse for himself or herself.

There are a few defined terms with which the reader needs to be familiar. Primary Insurance Amount (PIA) is the benefit (before rounding down to the next lower whole dollar) a person would receive if electing to begin receiving retirement benefits at Full Retirement Age (FRA, defined below), as calculated when the worker reaches age 62. The benefit a worker would receive if electing to begin receiving benefits at FRA is the PIA plus any cost-of-living increases between age 62 and the FRA.

An individual worker’s PIA is calculated from the average of the worker’s 35 highest income years, with each past year adjusted for inflation. The PIA formula for 2012 is in three parts:

In order to be eligible for Social Security benefits based on a worker’s own earning record, the worker must have at least 40 credits, meaning 40 quarter years for which Social Security withholding was withheld.

Full Retirement Age (FRA) depends on when the worker was born.

Avram L. Sacks, Social Security Law Analyst with Wolters Kluwer Law & Business, commented about the determination of FRA as follows: “[A]n individual is deemed to have attained a given age on the day BEFORE the anniversary of one’s date of birth. And, technically, the rule is based on when an individual attains age 62. Thus, for individuals born on January 1, the applicable rule used to determine FRA is the rule for the preceding December 31. Thus, for example, an individual born January 1, 1960, attains age 62 on December 31, 2021. Since age 62 was attained in 2021, that person has FRA at age 66 and 10 months.”

A worker with FRA of 66 may elect to receive benefits based on their own work record as early as age 62. However, the benefit is reduced to 75% of their PIA if taken at age 62 (a 25% reduction), 80% if taken at age 63, 86.6% if taken at age 64, or 93.3% of PIA at age 65. (The percentages in these examples apply to individuals who elect to start receiving benefits exactly in the month that their age changes. The numbers actually change each month of worker age, not just each year.) Adding insult to injury, if the worker continues earning wages while receiving Social Security benefits based on their own work record, the Social Security benefits are decreased based on the ongoing earnings.

A worker’s benefit based on their own work record can increase above their PIA if receipt of benefits is delayed to as late as age 70. They receive 108% of their PIA if they start receiving benefits at age 67, 116% of PIA if starting at age 68, 124% if starting at age 69, and 132% if starting at age 70. This is an 8% increase for each year the starting date is delayed, up to age 70. (Again, these percentages actually change monthly, although the examples are yearly.) For a worker who is likely to live a long time and has other assets and income to live on while waiting, delaying the start of receiving benefits may be very profitable. If the worker continues earning wages after their FRA, there is NO decrease in the benefit; the worker gets the full benefit.

2) The spouse of worker benefit reaches its maximum at the worker’s FRA. Delayed retirement credits do not increase the spousal benefit.

3) Early receipt of benefits based on the worker’s own work record before their FRA causes “deeming”. The worker is deemed to have made all allowable elections as of that date.

4) Deeming does not occur if the worker elects to receive benefits based on their own work record at or after their FRA.

5) Prior to FRA, the worker has an earnings test that may cause repayment of Social Security benefits.

6) The Senior Citizen’s Right to Work Act of 2001 eliminates the earnings test at or after the FRA.

Planning Note: There are several ways to maximize benefits for a couple.

When a two-worker couple elects to start receiving Social Security benefits based on their own work records, optional monthly choices over nine years for each worker result in 11,664 possible age combinations. There are four more ways to maximize the benefits for a couple:

When a two-worker couple elects to start receiving Social Security benefits based on their own work records, optional monthly choices over nine years for each worker result in 11,664 possible age combinations. There are four more ways to maximize the benefits for a couple:

Claim and Suspend. A worker who has attained FRA can claim benefit but then suspend the benefit and collect Delayed Retirement Credits (DRCs). This allows the worker’s spouse to claim and receive the “spousal benefit,” which is one-half of the worker’s benefit, based on the suspended worker’s record.

Claim Now, Claim More Later. The spouse of a worker who claims, or claims and suspends as described in the preceding paragraph, claims the spousal benefit (one-half of the other worker spouse’s benefit), then later claims higher personal benefit at their FRA or later increased by DRCs.

Do Over. A claimant can change their claim election within 12 months after claiming, but claimant must repay the benefits received. Taxes paid may be reclaimed from the IRS and state.

Articles from the Center for Retirement Research at Boston College go into great detail about this and suggest which scenarios will work best based on relative incomes of the spouses. Seehttp://crr.bc.edu/; and http://fsp.bc.edu/social-security-claiming-guide/.

Another tool for planning is available at https://www.socialsecuritytiming.com/.

Social Security benefits are tax-free below the lower numerical thresholds in the following table:
Taxpayer who is:
50% Taxable
85% Taxable

Conclusion
Baby boomers face important choices to make the best elections in their choice of Social Security retirement benefit start dates. Dual income couples have very substantial opportunities to increase their total benefits above the sum of what two single individuals can receive. Dual income couples can plan carefully for the most likely survivor, and take optimum advantage of the spousal benefit available from Social Security in addition to the benefit available to each individual based on their own work record. Former spouses and widows and widowers in their 60s may have similar opportunities to receive additional spousal benefits based on the work record of their former or deceased spouse in addition to the benefits they are entitled to, based on their own work records.