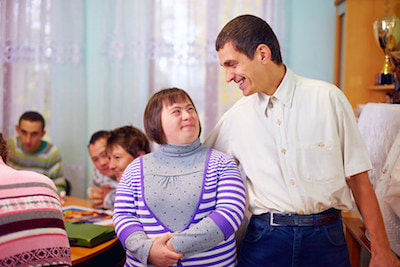 Third-Party Special Needs Trusts
Third-party SNTs are commonly used by persons planning in advance for a loved one with special needs. Typically, the parents of an individual with disabilities or special needs will be the persons who establish a third-party SNT, although a grandparent, a sibling, or any other person (other than the beneficiary) may establish the SNT. Third-party SNTs can be included in a Last Will and Testament, established within an inter vivos trust that is designed to avoid probate (“Living Trust”), or drafted as a stand-alone SNT. These SNTs are typically funded upon the death of the beneficiary’s parents or the other individual(s) who established the SNT.
SNTs created under a Will or as a subtrust within a Living Trust do not come into existence (and therefore cannot receive gifts) until after the death of the individual whose Will or Living Trust created the SNT. Therefore, a stand-alone SNT may be more useful if there are multiple donors who wish to fund the SNT. A stand-alone SNT exists during the lifetime of the person establishing the SNT, which allows the SNT to receive gifts from grandparents, family friends or even the person establishing the SNT, prior to the death of the SNT’s creator. Such an SNT is available as a receptacle for lifetime and post mortem gifts from any third-party source.
This type of SNT does not have to be irrevocable in order to preserve the eligibility of the SNT beneficiary for means-tested public benefits. However, if the SNT beneficiary has the power to revoke the SNT, the SNT assets would be considered an available resource for Supplemental Security Income (SSI) and Medicaid purposes. The beneficiary’s ability to revoke the SNT or otherwise exercise control over the SNT may render the beneficiary ineligible to receive public benefits that have an income or asset limit. The SNT agreement should authorize the person establishing the third-party SNT and/or the trustee to amend the SNT to address later changes in the law or the circumstances of the beneficiary. Allowing for such limited amendments helps ensure that essential government benefits are preserved if an agency challenges the terms of the SNT.
The most important difference between third-party SNTs and first-party SNTs (described below) is what happens to SNT property when the beneficiary dies. Upon the beneficiary’s death, the third-party SNT is not required to use the remaining assets to reimburse any state(s) for the Medicaid benefits received by the beneficiary during his or her lifetime. As a result, this type of SNT is a useful planning tool for people who want to set aside property for a beneficiary with disabilities, preserve essential public benefits during that beneficiary’s lifetime, and remain in full control of where all of the remaining SNT assets will go upon the beneficiary’s death.

Conclusion
Both first-party and third-party SNTs must be properly drafted in order to protect a beneficiary’s right to receive means-tested public benefits. The tax consequences of SNTs are not addressed in this article, but also are very complex. (Visit the index of prior issues of The Voice to discover those which specifically address various SNT tax issues.) To best protect the government benefits for which an individual with disabilities may be eligible, it is important to discuss which type of SNT should be used in a specific situation with an attorney who is proficient in special needs planning, including any of the Special Needs Alliance members found on the SNA website (www.specialneedsalliance.org).

About this Newsletter: We hope you find this newsletter useful and informative, but it is not the same as legal counsel. A free newsletter is ultimately worth everything it costs you; you rely on it at your own risk. Good legal advice includes a review of all of the facts of your situation, including many that may at first blush seem to you not to matter. The plan it generates is sensitive to your goals and wishes while taking into account a whole panoply of laws, rules and practices, many not published. That is what The Special Needs Alliance is all about. Contact information for a member in your state may be obtained by calling toll-free (877) 572-8472, or by visiting the Special Needs Alliance online.

Reprinted with permission of the Special Needs Alliance – www.specialneedsalliance.org.