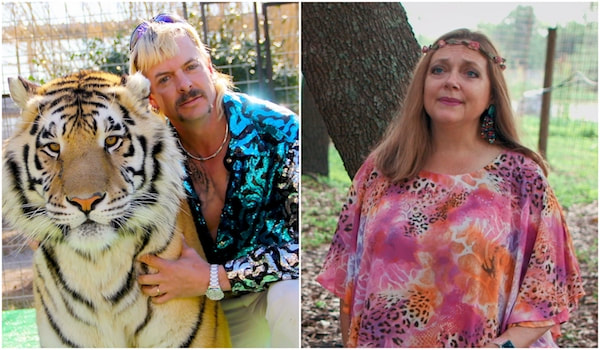 One of the biggest things that everyone is talking about is the new Netflix documentary series, The Tiger King. I obviously won’t go into all the details of it, as it’s simply better to see it for yourself. But the short version is that the focus is on two individuals; Joe Exotic, a big cat breeder and owner of a small zoo, and Carole Baskin, an animal rights activist and owner of a big cat sanctuary. There is a lot of legal ground to cover from the events such as ethical treatment of the animals, business practices and what constitutes a zoo. But I want to focus on one of the most remembered parts; the will that had come out after Carole Baskin’s former husband, who was a multimillionaire, that entitled her to most of the estate.

Episode seven of the series went into more detail about the disappearance of Carole’s second husband, Don Lewis. Many rumors have circulated about him being killed by Carole and having been fed to the tigers. I’m not here to talk about that odd situation, but what is stranger is the will. It’s common for a will to name people that are designated heirs to an estate. They also include a power of attorney, which allows them to make legal decisions related to accounts that were included in wills. When the husband was declared legally missing, a Durable Family Power of Attorney was discovered by Carole that states, “Shall not be affected by any disability or Disappearance” and had named her to receive the majority of the assets.  On top of that, the will had just been created not too long before Don was missing.

I can tell you that adding “disappearance” to a will is not common. A common estate plan will usually have something up in the case of death or medical incident, but a disappearance is covered within the terminology. It was also shown that even though the will was legally sound, the family of Don also had a will. This is usually the result on one not being aware of an earlier will, or worse, from the result of bad influence or fraud. I cannot stress the importance to remember checking to see how updated your will or estate plan is. It’s possible they could have it changed without your knowledge.

The final result was the family of Don Lewis only receiving ten percent while Carole received the rest. I’m not sure what transpired between their attorneys, but this should be a lesson to understand that people that surround you or your family that concerns you. The Tiger King is a lesson on how not to have a will made up.

If you want an estate plan that’ll set up your loved ones without the concern of an outside force, the Law Offices of Jeffrey C. Nickerson can help with that. Click on the link below to know how to receive more information.