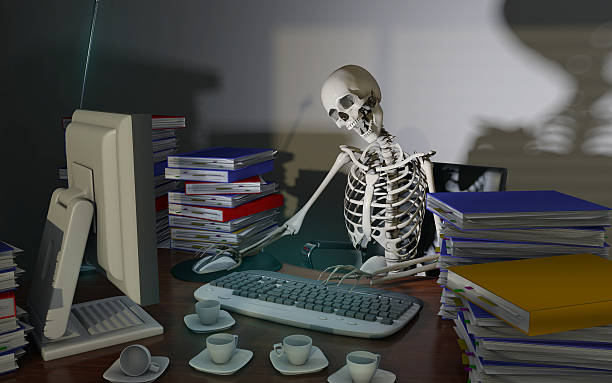 Article written by Liz Farr
​
Tale #1: The Attorney and his Grief-Stricken Widow
“Patrick” was a successful attorney, whose family came from upper crust Chicago and San Francisco society. He and his wife Danielle lived a comfortable and pampered life, and their grown son and his family lived in an equally grand home just two houses down on their exclusive street. A daughter and her family lived in a nearby state.
Patrick had begun the process of creating a trust that would provide for Danielle’s needs. He also wanted to make sure that his children received some of the wealth he had received from his family. But his children feared that Danielle wouldn’t honor those wishes, and that they would end up with nothing.

Unfortunately, Patrick’s health took a dramatic and abrupt turn for the worse, and he found himself in hospice. His cognitive skills were failing, but he wanted to make sure that each of his children received a modest sum from the investments he’d inherited from his parents. So, he summoned another attorney, who helped him draft an updated will and trust documents. With a shaky hand, he signed everything days before he passed away.
Danielle was overcome with grief at his passing and was equally bewildered at the financial decisions she now had to make. She’d always left all of that to Patrick and now suddenly, those fat investment accounts didn’t look so big to her.

With no previous experience handling money, she had no context to judge whether it would be enough. Patrick’s final arrangements included a complex series of bequests and the disclaiming of those bequests.
Filled with grief, Danielle raged at her children, her attorney and the partner working with her accusing accused them all of wanting to see her in the poor house. She adamantly refused to sign anything, disclaim or share her considerable wealth with her children.
At last check, over a decade after his passing, Patrick’s estate was still open and bets in the office were that it wouldn’t likely be settled until Danielle’s death.
Tale #2: The Oil Baroness and the Trust that No One Could Decipher
First we have Julie, daughter of a Texas oil man. Through considerable business acumen, her father created a magnificent oil and gas empire, which spun off royalties in the mid-seven-figures each year. At his passing, Julie and her brother Richard became equal owners in the oil business.
Julie also had a son in his late 20s, who had struggled with mental illness, substance abuse and stints in jail. She had supported him through various attempts at college, vocational training, rehab, self-employment and full-time jobs. Nothing stuck.
At one point, Julie nearly wrote him out of her will, until he and his girlfriend had a son. Now that she was a grandmother, Julie was committed to the welfare of this young child.
However, shortly before the child’s second birthday, Julie’s health took a sudden nosedive. She was in end-stage renal failure, brought on by diabetes. For reasons that were never clear to me, she refused dialysis and she went into hospice care.
Julie summoned the best attorney in her small, rural town to her hospital bed and explained that she wanted to put her oil and gas interests in a trust. She feared that giving her son outright ownership of her business interests would have been a disaster and she wanted to be sure that her grandson was financially taken care of.
Since her son received SSI, her lawyer, who had never written a trust document, recommended a qualified disability trust and a will. At least, that’s what she thought she signed during the last days of her life.
She designated Miriam, her best friend from childhood, as the trustee. Miriam was a struggling professional photographer and had zero experience with financial matters. Oddly, she hired a graphic designer to help her with the accounting of the income and expenses for the trust.
They were both in way over their heads. When Miriam came to our office for assistance in setting up her QuickBooks and to do the tax return, we asked an attorney who specialized in qualified disability trusts to take a look at the trust document and the will.
Besides Julie’s son, several other people were named in the trust document as beneficiaries, but it wasn’t clear exactly what they were to receive. Some people got bequests in the will and were also mentioned in the trust document as being eligible for some kind of financial support.
In addition, it was equally unclear what sort of assistance Julie’s son and his girlfriend were to receive. The instructions in the trust were vague and also conflicted with the instructions Miriam had received at Julie’s deathbed.
Miriam followed her conscience and dispensed odd forms of support to Julie’s son and to some of the people named in the trust. These included car payments and new cars, rent payments, groceries, plane tickets and checks to various people.
Miriam had made multiple trips to Midland, Texas to confer with Julie’s brother Richard, who was now her business partner of sorts in the oil and gas empire. She was also paying herself a generous salary to oversee the trust.
The attorney we consulted called it “a lawsuit waiting to happen.” Even he wasn’t really sure what was supposed to happen with the flood of oil and gas royalty payments that came in every month, but there were way too many problems with it to really call it a qualified disability trust. He recommended going back to court to resolve the issues.
In the meantime, Miriam and her graphic-designer-turned-bookkeeper made a complete muddle of her QuickBooks files. They refused to work with anyone in our office to straighten it out, preferring instead to hire a succession of cut-rate bookkeepers, who each made it worse.
It seemed that each time I looked at her QuickBooks file it was as though someone had taken a giant spoon and scrambled the numbers and accounts. Of course, since we had helped with the initial set up, everything was our fault.
We struggled to get the tax return for the trust done. We kept getting conflicting answers about who had received benefits from the trust and who had received bequests.
It was also hard to figure out how much the son had received and the trust document was no help. Moreover, reconciling the statements from the oil and gas empire with the transactions in QuickBooks was nearly impossible.
Eventually, Miriam fired us and everyone in the office who had dealt with her breathed a sigh of relief. So, what are the lessons for your clients from these two chilling tales?