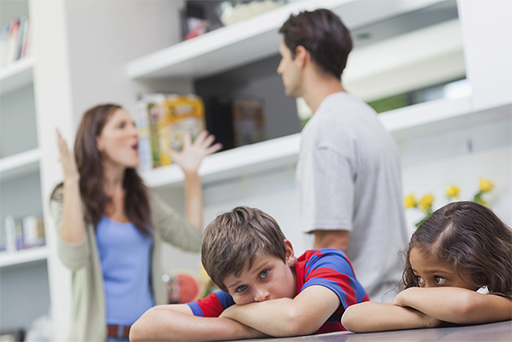 “Why is this happening to me!? It isn’t fair! Where’s my moment?” If you’re a parent, you’ve probably been asked this by your child, especially if they have a sibling that received a little more attention. You might overhear from another parents that in order to be fair, you also had to be equal. The logic seems to be if both children are given and told the exact same thing, then nobody will be seen as a favorite over the other, thus killing any worry that one is getting special attention.

Let’s be honest; treating multiple children equal is a lot harder then thought. No matter how we approach matters, we’re going to feel guilty that perhaps we made the wrong decision.

You’d think that all children grow up. That’s also rarely the case. When a parent dies, if certain children are left out or not given a supposed “fair” share, then the adult could still have a childish reaction. Let’s say a younger sibling is chosen over the older to be lead in charge of moms estate. The older might say, “This is proof you were loved more”.

Though it may appear so on paper, this doesn’t prove anything (though if you have a favorite over the other, please don’t tell) other then you think one might be better at managing or another does deserve a little more for one reason over the other.

Whose going to take the lead?

Maggie was a grandmother who had three grandsons that were all in their twenties. She named all of them co-trustees, having the estate divided equally. When she died, rather then accepting the terms that were drawn upon, they all charged for the bank to empty everything before one could “get their share”. This ended up being a legal nightmare.

I recommend that in order not go through the trouble of the kids fighting each other over who gets whatever, that unless you have a specific reason, that they need to work together in advance to help make plans. It can be sad with how far some people will go to get “their share” should something not be brought up sooner.

How about someone more responsible?

A lot of families will make the choice to let someone else manage one’s estate, like the fathers brother or a friend of the mother. In order to deflect conflict, especially if the kids are not yet mature enough to understand, this is common. This can even be the better option if the person selected even has legal experience that can guide the adult children within the complex terminology and carefully explain why one receives something over the other.

Thinking about a professional?

Though this is only recommended for large estates, you make want to consider a professional trustee if you cant find someone responsible in the family. I’ll warn you though that they can be very expensive and usually don’t cater to all needs to beneficiaries.

I’d also think about a professional fiduciary. They’ll still likely be expensive, they are more then willing to deal with a midsize estate.

Instead of “fairness”, think about “results”

The cheapest way to have a trustee is to simply have one of your children take on that role. After all, the point of an estate plan to administer specific instructions on how beneficiaries are carried out. This is when you do need to think about who is most likely to follow your wishes and ensure it goes to plan, especially if someone in the family needs some kind of care.

If your having trouble figuring out which child to trust, I’d recommend discussing this with an attorney or a financial planner. They can give their recommendation, but you still have to make a final decision.

What about those that say, “What about me!”? The best strategy is to talk to them before hand to deflate the hard feelings that are inevitable. As long as your open with them, their going to understand your definition of “fairness” a lot more.