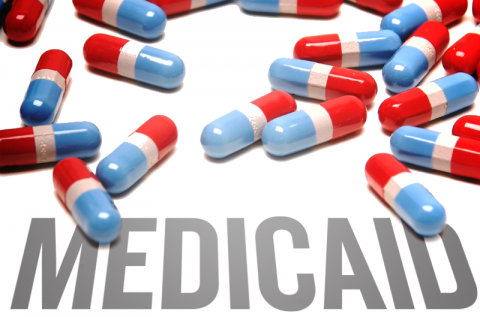 On January 11, the Centers for Medicare and Medicaid Services (CMS) issued a State Medicaid Director Letter providing new guidance for Section 1115 waiver proposals that would impose work requirements in Medicaid as a condition of eligibility.

As of press time, CMS has approved work requirement waivers for Kentucky, Indiana and Arkansas. As many as 13 other states have pending waiver requests and/or have stated they plan to apply. These include Alabama, Alaska, Arizona, Kansas, Louisiana, Maine, Mississippi, New Hampshire, North Carolina, South Carolina, South Dakota, Utah and Wisconsin.

Overview
The CMS guidance describes the potential scope of requirements that could be approved and asserts that such provisions would promote program objectives by helping states “in their efforts to improve Medicaid enrollee health and well-being through incentivizing work and community engagement.” It invites proposals that are designed to promote better mental, physical and emotional health or help individuals and families rise out of poverty and attain independence.

Medicaid work requirement proposals generally would require beneficiaries to verify their participation in approved activities, such as employment, job search or job training programs, for a certain number of hours per week in order to receive health coverage. Certain populations, including children, the elderly, disabled, medically frail, pregnant women, caregivers and students would be exempt.

The Goal
CMS Administrator Seema Verma has stated that she hopes the work requirements will improve enrollees’ health while reducing Medicaid rolls, and that requiring people to work would encourage them to find jobs that offer health coverage or make enough money to afford private plans.

Two Examples
Kentucky was the first state to receive approval to impose work requirements as part of a broader overhaul of the state’s Medicaid program. It is set to go into effect in June. State officials have made it clear that the work requirements are aimed at the newly eligible Medicaid enrollees who gained coverage only after the state’s previous Democratic governor expanded Medicaid. The current Republican governor, Matt Bevin, has said that many of the newly eligible are able-bodied and that they have a moral responsibility to work for their benefits.

Under Kentucky’s plan, able-bodied adults will be required to complete 80 hours a month of community engagement to qualify for coverage. This would include work, education, volunteering/community service or job training. Drug treatment is considered a work activity, not an exemption.

Enrollees can seek “good cause” exemptions if they can verify one of the following in their month of noncompliance: disability, hospitalization or serious illness of the enrollee or immediate family member in the home; birth or death of family member living with the enrollee; severe inclement weather including natural disaster; family emergency or other life-changing event such as divorce or domestic violence. In addition, one primary caregiver of a dependent minor child or adult with disabilities per household is exempt, and caregiving for a non-dependent relative or another person with a disabling medical condition is considered a work activity.

State officials estimate that up to 95,000 people would no longer have Medicaid at the end of five years. While they do expect people to lose coverage, they predict that most would transition off Medicaid by entering the workforce and gaining access to employer-sponsored insurance or private insurance.

While other states may use Kentucky’s Medicaid program as a model, CMS officials said it was not meant to be a template.

Arkansas became the third state to receive permission to compel some residents on Medicaid to work or prepare for a job, but the federal government denied the state’s request to shrink its Medicaid expansion. Instead of including people with incomes up to 138% of the federal poverty line, as designed in the ACA, Arkansas wanted to set its expansion limit at 100% of poverty, a move that would immediately cast out up to 60,000 people from the program.

State legislators required that “shrinking the expansion” be included in the state’s application for the work requirements. Now, with the federal government’s rejection, the state Senate may not have enough votes to approve a budget for the agency that runs the program. (The proposed budget for the coming year does not include any extra money to help people train and look for a job.)

Arkansas’ plan compels people to have a job, be in school or volunteer at least 80 hours per month. The requirements will apply to able-bodied adults unless they qualify for an exemption, which include caring for a young child, being pregnant, being medically or mentally unable to work, or are being treated for addiction.

Requirements will begin in June for people ages 30 to 49, with estimates that nearly 40,000 of the 98,000 Medicaid expansion recipients will need to start complying. (The program will expand to include those starting at age 19 in 2019.) Individuals will need to document every month that they are fulfilling the rules. A person who fails to do so for three months will be removed from the program and locked out until the next year.

Concerns
Those opposed to the work requirements are voicing some concerns that will need to be addressed and monitored. These include:

Potential loss of health coverage. Many people working full time are still eligible for Medicaid, especially in Medicaid expansion states, because they are working low-wage jobs. For example, an individual working full-time (40 hours/week) for the full year (52 weeks) at the federal minimum wage ($7.25/hour) would earn an annual salary of just over $15,000 a year, or about 125% of poverty. That is still below the 138% federal poverty level maximum targeted by Medicaid expansion.

In non-expansion states with low eligibility levels, meeting Medicaid work requirements through 20 hours of work per week at minimum wage could lead to loss of Medicaid eligibility. For example, in Alabama, adults without children are not eligible for the program, and parents can only qualify if they earn not more than 18% of the federal poverty level, or less than $3,800 a year for a family of three.

Also, low-wage jobs are unlikely to have health benefits. According to the Kaiser Family Foundation, in 2017 less than a third of workers who worked at or below their state’s minimum wage had an offer of health coverage through their employer.

Some states have already decided to not implement waiver authority they have received due to administrative costs. For example, Kentucky amended its waiver application to move from a tiered-hour work requirement to a flat hourly requirement, citing administrative concerns.

Additionally, the CMS guidance states that federal Medicaid funds may not be used for supportive services. This means the states must address and pay for ways to overcome multiple barriers (childcare, transportation, education, training, etc.) that interfere with the ability to work.

Complicated processes can cause eligible individuals to lose coverage. Some eligible people may lose coverage due to their inability to navigate the processes, miscommunication or other breakdowns in the administrative process. This could be especially true of people with disabilities who may not obtain an exemption for which they qualify and end up losing coverage.

Additionally, some people may have trouble getting the documentation to prove they aren’t healthy enough to work. According to a Kaiser study, roughly one-third of non-elderly adults with Medicaid report having a disability, but nearly 60% of those do not receive Supplemental Security Income (SSI).

The impact of work requirements on people with disabilities will depend, in part, on whether states will correctly identify and exempt people who can’t work and what types of support services they provide to help them.

What to Watch
Expect lawsuits. Democrats are expected to argue the Trump administration is trying to undermine ObamaCare’s Medicaid expansion on its own after Congress failed to repeal the health care law. Lawyers for advocacy groups are likely to argue that work requirements don’t promote the objectives of the Medicaid program because they would be a barrier to coverage. The administration is hoping to show a correlation between work and improved health outcomes/independence.

Expect more states to come on board, especially Red states. Requiring work for benefits is a GOP policy staple and most of the states who have applied for work waivers have Republican governors.

Expect ongoing evaluations. CMS is requiring follow ups to determine if the work requirements lead to improved health, well-being and independence. Individuals who experience a lapse in eligibility or coverage because they failed to meet the program requirements or because they gained employer-sponsored insurance will also be surveyed.

Expect refinements. Participating states will be in the spotlight. We should see ongoing efforts to improve their programs as they strive to make them successful and fair.

Public Perception: A new poll from Kaiser shows the public is split on whether work requirements are more to cut spending or lift people up. If people do not see positive results, there will likely be a backlash.


To comply with the U.S. Treasury regulations, we must inform you that (i) any U.S. federal tax advice contained in this newsletter was not intended or written to be used, and cannot be used, by any person for the purpose of avoiding U.S. federal tax penalties that may be imposed on such person and (ii) each taxpayer should seek advice from their tax advisor based on the taxpayer’s particular circumstances.