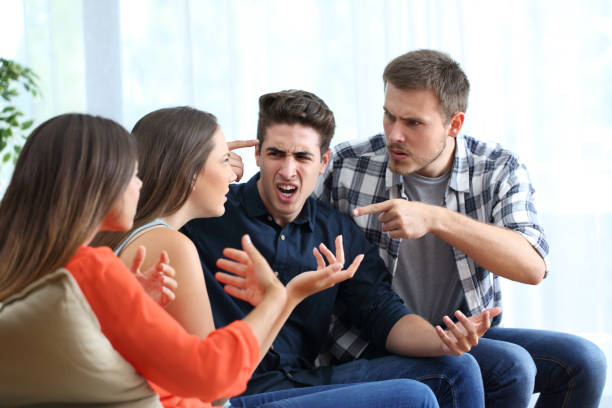 Julie built a house on her homestead property for Marjorie to live in. Marjorie stayed there for several years and then later moved into a home with Colleen. When Colleen died in 2012, Marjorie moved into an assisted living facility for a short time but then moved back in with Julie. Julie was added as a joint account holder on Marjorie’s bank account, and Julie indeed made several transfers to herself from Marjorie’s funds.

In 2010, Marjorie amended the revocable family trust to remove Kathy and Ray as residuary beneficiaries. Kathy and Ray also had listed specific distributions of $200,000 each, which Marjorie reduced to $100,000 each.

In 2017, Marjorie again went to her attorney, Robert, to amend the family trust. Marjorie told Robert that she felt disappointed in Kathy and Ray for how they had treated her after her father’s death. Marjorie asked Robert to reduce Kathy and Ray’s specific distributions. In this meeting, Robert asked to meet with Marjorie alone; Julie left the room. At this time, Robert assessed Marjorie’s mental capacity by using a four-page worksheet containing questions about cognitive, emotional, and behavioral functioning. The worksheet also allowed Robert to evaluate Marjorie’s legal, contractual, and donative capacity.

Attorney Robert made the following notes on the worksheet:

The following year, Marjorie had another meeting with her attorney and did eliminate Kathy and Ray’s specific distributions and so named Julie as the sole beneficiary of the family trust. Marjorie died about 5 months later. After Kathy and Ray found out about their disinheritance, they filed suit requesting that a court find the 2018 amendment void due to undue influence on the part of Julie. After a bench trial, the district court concluded that Marjorie had full testamentary capacity and ruled against Kathy and Ray. This appeal followed.

The Supreme Court of Idaho affirmed the trial court’s ruling and stated that there was ample evidence that Marjorie had capacity when she executed the trust amendment. Notably, when referencing the capacity worksheet, the court stated, “We recommend the use of such a tool for attorneys who practice estate planning.” The American Bar Association’s Commission on Law and Aging puts forth a handy publicationthat discusses capacity and has an undue influence screening tool and a capacity worksheet, although it is unclear whether it is similar to the worksheet used in this case.