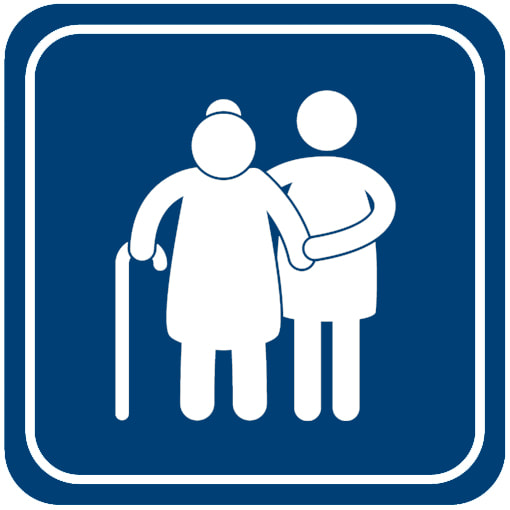 Most Americans do not know, or refuse to accept, the facts surrounding their potential need for long-term care and the costs associated with it.  This was reconfirmed recently in a telephone survey of 1,735 Americans over the age of 40, funded by the SCAN Foundation and conducted by the Associated Press (AP) – NORC Center for Public Affairs Research (“survey”).[1]  This survey highlights many of the misconceptions Americans have about long-term care, including: the potential that a loved one may need some sort of long-term care within the next five (5) years; lack of knowledge of the positive impact of “person-centered care” practices; lack of understanding of coverage of long-term care services by Medicare, Medicaid and private insurance; and an increase in lack of concern over failure to plan for the costs associated with long-term care.

Who Will Need Long-Term Care

The survey defined person-centered care as “an approach to health care and supportive services that allows individuals to take control of their own care by specifying preferences and outlining goals that will improve their quality of life.” This approach points to the consideration of coordinated care.  Coordinated care involves communication among various medical providers to reduce overlap, misdiagnosis or other medical oversights.  Because many people are avoiding thinking about their golden years, they are missing out on the benefits provided by this approach and the survey shows a lack of appreciation for the improved quality of life it can provide.

According to the survey, over sixty-five percent (65%) of adults over the age of forty (40) have two or more doctors that they see on a regular basis.  Twenty-nine percent (29%) of those report that their providers do not communicate well or at all.  Further, the lack of understanding of the person-centered care approach is evident in that twenty-three percent (23%) of those individuals who don’t participate in it reported that it would not improve their quality of care.

The study showed a lack of understanding by many of coverage for long-term care by Medicare, Medicaid and private health insurance.  The truth is that Medicare does not pay for ongoing long-term care (although it will pay for intermittent stays at nursing facilities).  Yet, thirty-four percent (34%) surveyed thought Medicare would pay for long-term care while twenty-seven percent (27%) were unsure.  Furthermore, Medicare doesn’t typically pay for care in the home.  However, thirty-six percent (36%) of those surveyed thought it would and twenty-seven percent (27%) reported that they were unsure.

As for private insurance, most health insurance plans will not cover long-term services like a nursing home or ongoing care provided at home by a licensed home health care aide.  Yet, eighteen percent (18%) of Americans age 40 and older believe that their insurance will cover the costs of ongoing nursing home care.  While, twenty-five percent (25%) believe their plan will pay for ongoing care at home. About 1 in 5 people surveyed were unsure of the coverage provided for these types of long-term care services.

Medicaid is the largest payer of long-term care services.[3]  Medicaid is a federally and state funded needs-based benefit that will provide for various types of long-term care depending on the state’s regulations.  In 2013, Medicaid paid for fifty-one percent (51%) of the national long-term care bill totaling $310 billion.  However, fifty-one percent (51%) of Americans age 40 and older reported that they don’t expect to have to rely on Medicaid to help pay for their ongoing living assistance expenses as they age.

The actual costs for long-term care are staggering.  The Genworth Survey reported that, nationwide, the average bill for a nursing home is approximately $80,300 and for home health care, approximately $44,616 with a variety of options among and in between these levels of care.

Despite the availability of this information, most Americans are unprepared for the costs associated with long-term care.  For example, the results of the survey showed that only one-third of adults were “very or extremely confident” in their ability to pay for long-term care.  Fascinatingly, while many individuals reported being concerned over leaving family with debt or becoming a burden on loved ones, many do little to alleviate their concern in the way of planning. In fact, just over thirty percent (30%) of those over the age of sixty-five (65) reported being concerned with this.  And, finally, two-thirds of Americans over the age of forty (40) reported doing no planning for long-term care.

The survey results lead to the conclusion that many Americans are reluctant to face the possible loss of independence related to aging.  Apparently, this plays a role in the unwillingness to plan for the possibility of needing assistance later in life. As an example, there was an interesting difference in the number of people surveyed who had planned, or talked to loved ones about, their funeral arrangements (nearly sixty-five percent (65%)), in those who had discussed care preferences with family (about forty-two percent (42%)) and in those who had saved money for long-term care (approximately thirty-three percent (33%)).  Some things, including how we want to be memorialized are just easier to think about than how we may end up dependent on others.

Although not a popular topic among Americans over the age of forty, long-term care is an increasingly important one.  We are in the business of providing options for people in planning for their potential long-term care needs.  If you, a loved one or a client needs help figuring out their options, please think of us.  We can help and we are always happy to hear from you.