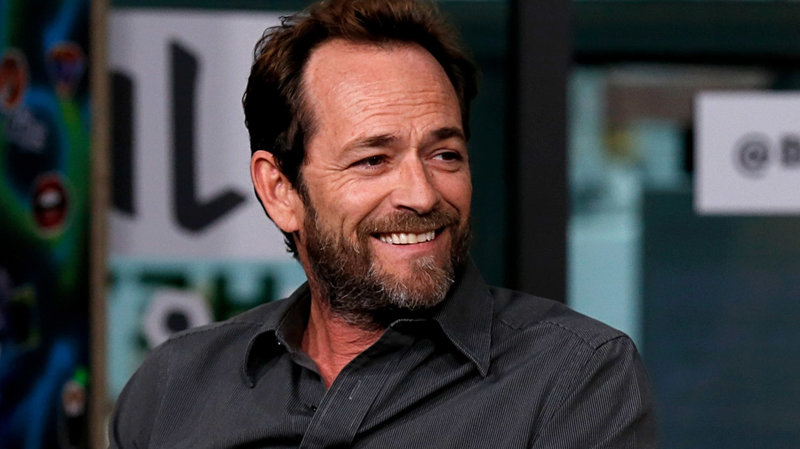 On March 14, 2019, actor Luke Perry, whose original name was Coy Luthor Perry III, died surrounded by his loved ones. Though the actor was famous for playing a teenager on Beverly Hills 90210, he ended up suffering a stroke. A lot of people think that the only ones who can get strokes are “old people”. Thankfully, Perry did the right thing by having his estate plan prepared in he event of something like this happened.

He was only fifty-two when Perry had suffered a major stroke and was put under heavy sedation while hospitalized. It was his family who made the decision to discontinue life support five days later. After a second stroke, the family was told that he wouldn’t recover. This was set up through something called an Advance Healthcare Directive.

We can’t deny that the decision to take Luke Perry off life support was difficult, especially knowing that he was healthy and still working on Riverdalejust a week beforehand. It shows if the hospital allowed Perry’s family to end life support, then it means that the actor had the legal documents ready and signed so that the family can make the proper choice had he wanted it. In California, those health wishes are in writing, through an advance healthcare directive or power of attorney. Had he not had those legal documents, Perry’s family would have had to gone to probate court in order to consider terminating life support, especially if someone in the family wanted to object to that. This information would have also been made public and would have made the process more emotional for the family. Imagine having all the news cameras on you when forced to make a life or death situation for a loved one.

It was in 2015 when Luke Perry made his most recent will that had I’m leaving the majority of his estate to his two children. It was also that same year that while undergoing a colonoscopy, that he had some precancerous growths. He then became outspoken about getting others like him screened. It was said that this scare was what got him into getting his estate settled.

Had he only had a will, then Luke Perry’s estate will have to go through Probate Court. However, given that his net worth was supposedly $10 million, then it is more likely that he had a revocable living trust created. A revocable trust is a specific account where his funds have been transferred into. This means that should his estate still claim his children as his successors, then the trust should be able to transfer to them without court interference. Let’s hope that he had the same instinct to have his trust done at the same time as his end of life plans.

One big question that’s still up in the air is whether or not his fiancé, therapist Wendy Madison would receive anything from the trust. Since his will was done in 2015, then it’s reasonable to assume that nothing was planned for a new girlfriend. Had the two been married before his death, then she would have been legally entitled to rights as in “pretermitted spouse”. While doesn’t guarantee anything, it does state that as long as it was in writing, then she would have received whatever inheritance was drawn for her. Even if nothing was stated, then by California law, then she would have been entitled to one third oh his estate had they been married.

Because he died before any marriage happened, she will not be entitled to anything from his estate, unless the will was changed before. It’s also possible that another form of inheritance was set up, such as a joint bank account or as a beneficiary of his life insurance.

This should be a mind opener to anyone that it’s not just cancer or illness that we need to be worried about. Luke Perry’s death should be a reminder that a stroke could happen to anyone, even those that are middle age. It was published in the New York Times about the dangers of strokes in those younger then fifty. About ten percent of stroke victims have not reached fifty. Even if someone doesn’t die, life and it’s quality is impacted.

Luke Perry’s death should remind us that we shouldn’t procrastinate with an estate plan if one can do it. Something like this can happen with loved ones and we don’t want to spend years in probate court and thousands of dollars in legal fees and most importantly, causing more stress and heartache then needed.